Birr Under 16 Rugby squad claimed victory in the Leinster League Div 2 for the second year running.

Despite an early start for the Birr men with an 11.30am kick off in Tullow, Co Carlow on Saturday morning against a strong Kilkenny side, who were unbeaten in the pool phases, brought  us a thrilling game for all spectators. Kilkenny were first off the mark within five minutes with a try in the right corner, due to some disappointing missed tackles from the Birr side. Birr were quick to rectify their mistakes in defence  however,  and turned up the gears to dominate rucks and set plays. A brilliant piece of play between forwards and backs saw centre DJ McLoughlin race through the Kilkenny defence along a very tight line to go over with Birr’s first try of the day.

It was soon followed by a great line break by prop forward Tom Errity who bulldozed through several stunned Kilkenny defenders and made huge ground to set up Birr’s attack close to the line to gift Dan Murray to an easily finished try for Birr. Half time  score was Birr 10 and Kilkenny 5 with Birr settling into the game extremely well.

Teamwork and excellent passing in the second half along with determination to undo mistakes allowed Birr to penetrate Kilkenny’s defence with excellent breaks from Adam McGill and Tom Errity. Huge pace from Joe Ryan and James Guinan, saw Kilkenny put to the pin of their collars with Birr’s hammering attack, time and time again. Shortly into the second half after some excellent team play,  Dan Murray broke through defence and make a dazzling run to the try zone to score Birr’s third try of the day. .  Birr’s set plays were exceptional, dominating scrums allowed Birr to set up brilliant attack pieces and a training ground attack move allowed DJ McLoughlin to bolt over the try line for try number four and the sealing of the deal for the Birr men. It was beautifully converted by outhalf Eamon Dolan who has been exceptional all year. Kilkenny’s resurgence was to no avail as they scored a late try that wouldn’t dampen the celebrations for the Birr men. Some outstanding individual performances from the Birr pack with Cian Burke, Liam Miller and substitute Michael Houlihan carrying hard and ensuring protection of Birr possession at every breakdown. Defensively Kevin Tierney and Niall Lyons were exceptional and prevented Kilkenny from making any ground. This team epitomises dedication and teamwork and their hard work throughout the year reaped the sweetest of rewards. Final Score Birr 22 Kilkenny 12. Congratulations and well done to all players, and parents. Big thanks to head coach Richard Dolan for all his knowledge and commitment, ably assisted by Willie Burns and Brian Hogan. Another great day for Birr Rugby Club. 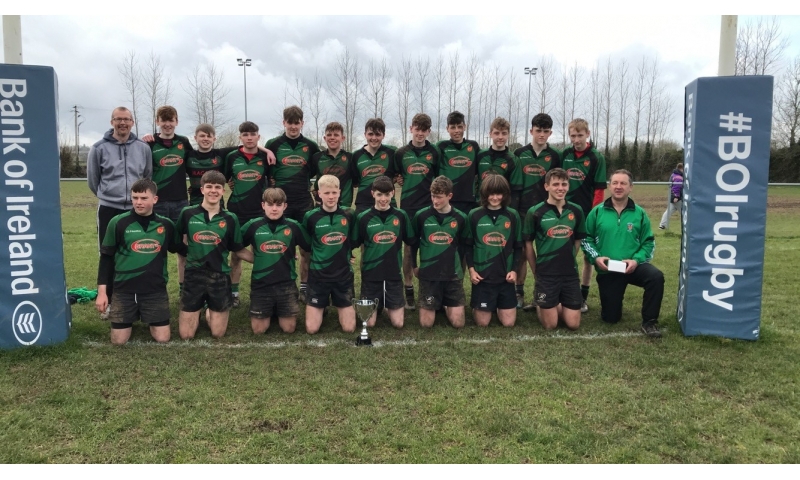 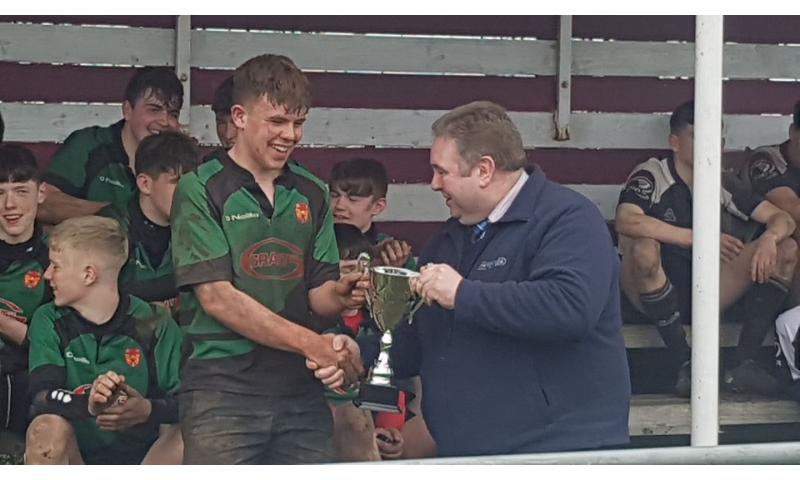 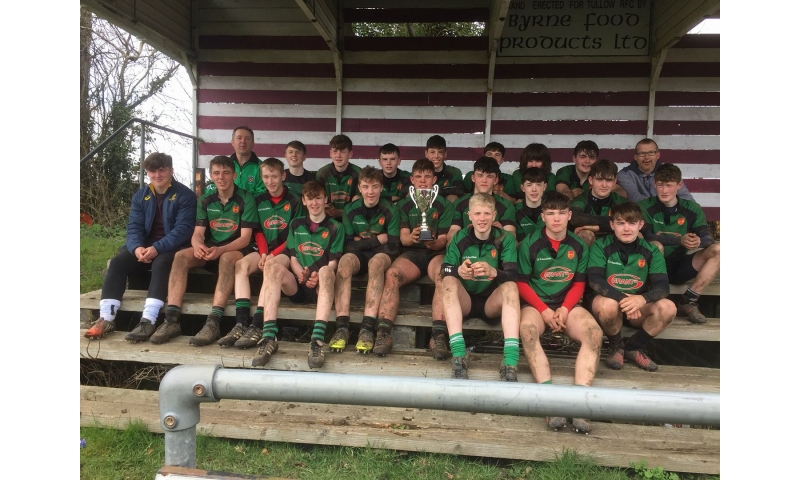 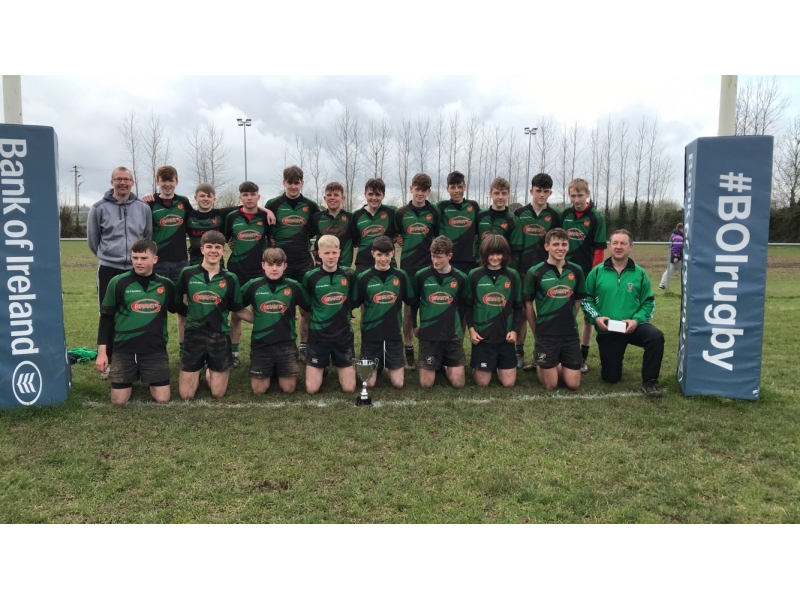 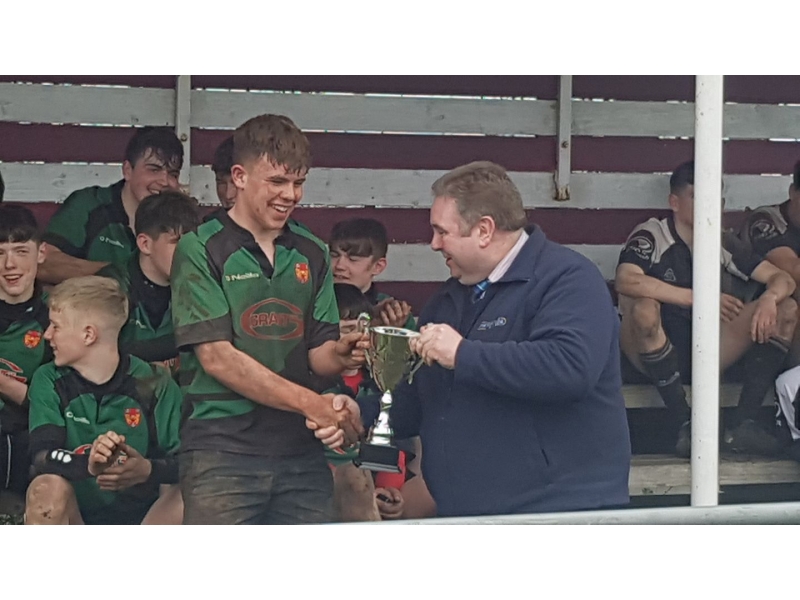 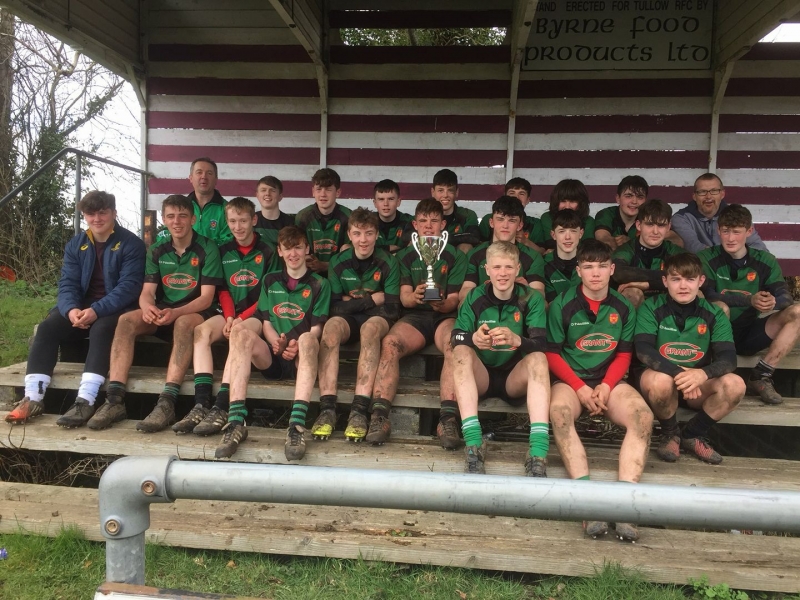