In 1985, Birr RFC was invited to, and won the inaugural U10’s Tom Kettle Cup in Balbriggan RFC. This was the first Leinster U10s ‘festival of rugby’ and the trophy was named in memory of Tom Kettle a Balbriggan RFC stalwart who helped re-form the club in the late 60’s and a founder of youths rugby in Leinster.

On the day the team was coached by Noel Coughlan, a true club man who served many roles in the club over the years, as player, coach, mini’s coordinator and ultimately president in 1992-93.

We imagine Noel was proud of the success of all the players he coached over the years especially the notable success, both on and off the pitch, of three of the players who took to the field that day. 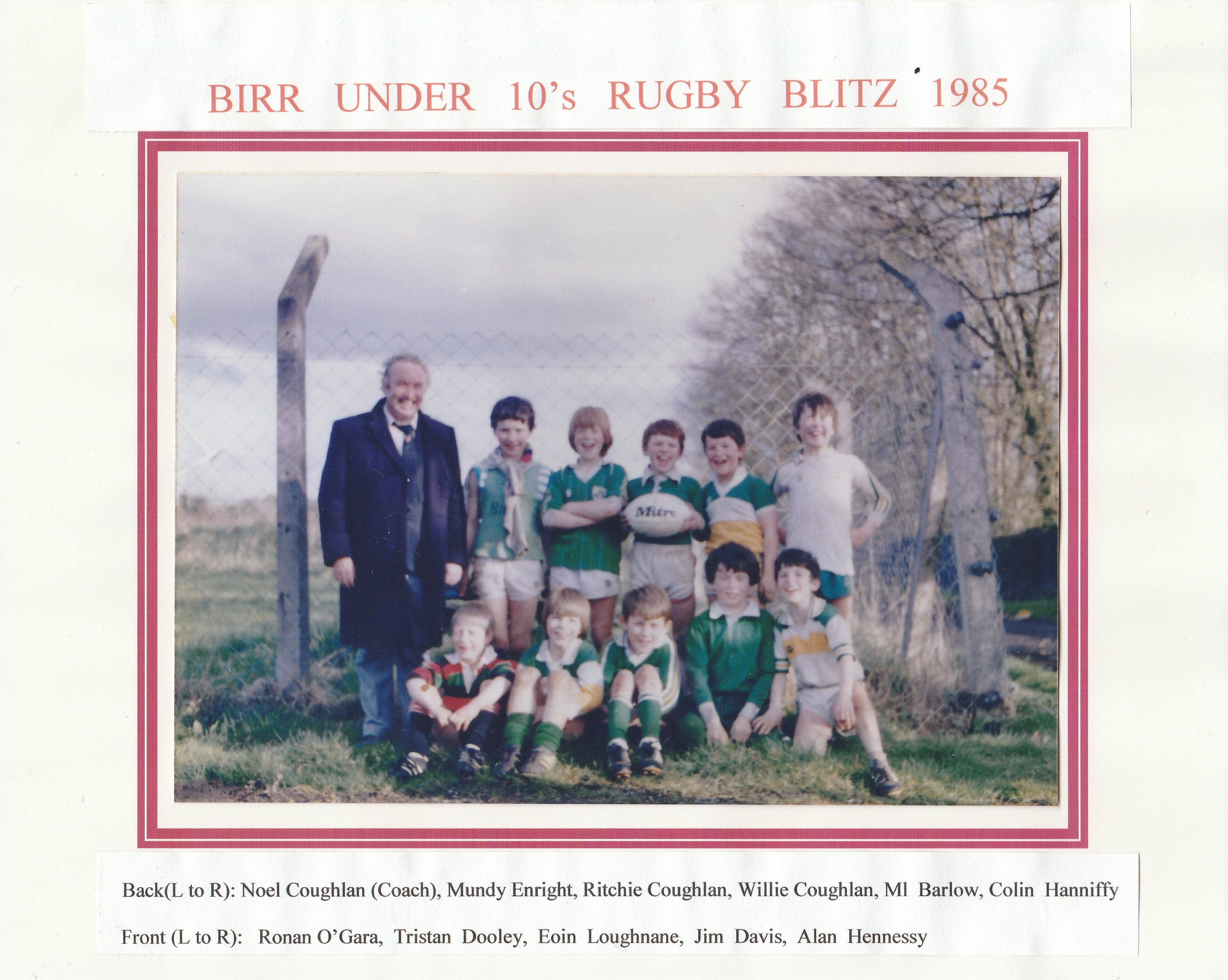 Edmond Enright, or Mundy as he is most commonly known, went on to become a successful singer-songwriter with well-known songs such as "Gin & Tonic Sky", "Mexico", "July" and "Galway Girl" to name but a few.

Ritchie Coughlan went on to become a professional golfer and in 1997 he became the first player in history to qualify for the PGA Tour and the European Tour in his rookie season.

Ronan O’Gara went on to play senior rugby for Munster and Ireland. He epitomized the new breed of professional rugby player and became an outstanding success winning 128 caps for Ireland, three Triple Crowns, a Grand Slam in 2009, as well as playing on three British and Irish Lions tours. He played for sixteen seasons with Munster, with whom he won two Heineken Cups.

And we like to think it all started in Birr RFC, where he was 8 years old, and visiting his cousin Eoin at the time of this photo.

In 2016 Balbriggan again hosted the festival, where Birr RFC were presented with a memorial plaque by the Balbriggan RFC President David McFadden in recognition of this first win and were delighted to hear of the success stories from the 1985 team. 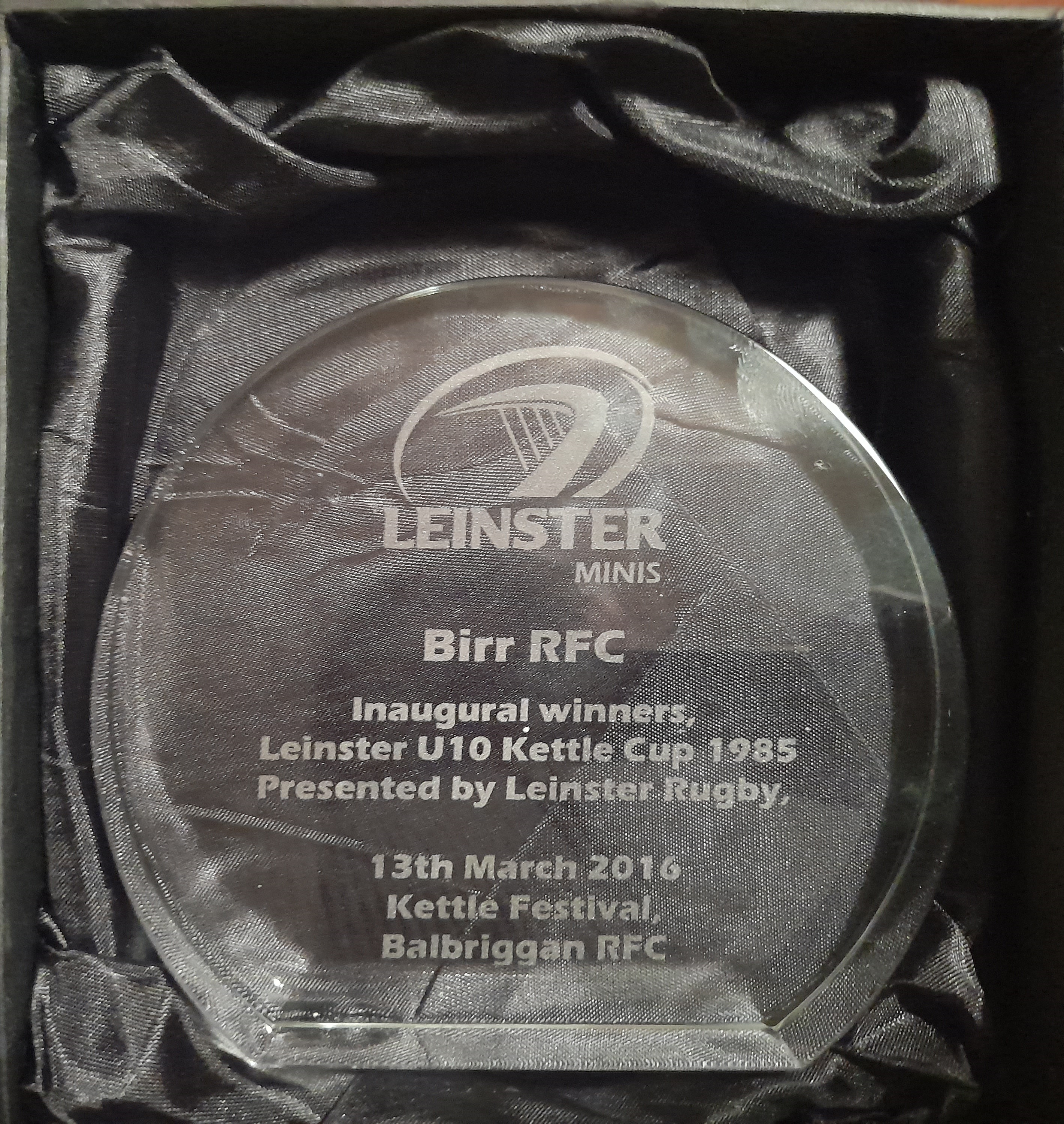