On a weekend that saw a lot of matches cancelled due to high levels of rain and wind the Birr RFC Mini’s, aged 6 – 12 years old, took to the pitches for a regular training session.

After a couple of weeks of uncertainty due to storms it was much needed and as a bonus, they received a visit from two current Leinster players Peter Dooley and Michael Milne. Both Peter and Michael called around to every age grade that morning, helped with training and were kind enough to stay around afterwards to take pictures or sign jerseys.

Every year the club liaise with its current representative players about visiting a Mini’s training and the lads are always happy to do so having themselves been Mini’s players with the club.

The club would like to thank both Peter and Michael for taking the time to visit. The kids love it and it’s greatly appreciated by the club and its members. 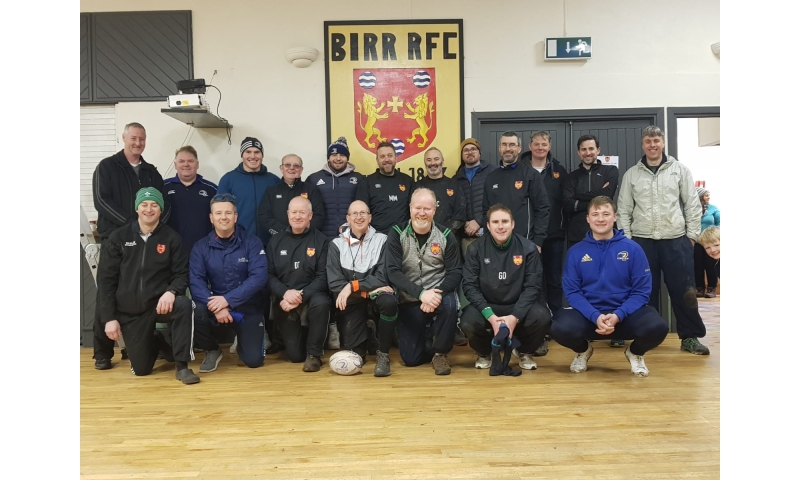 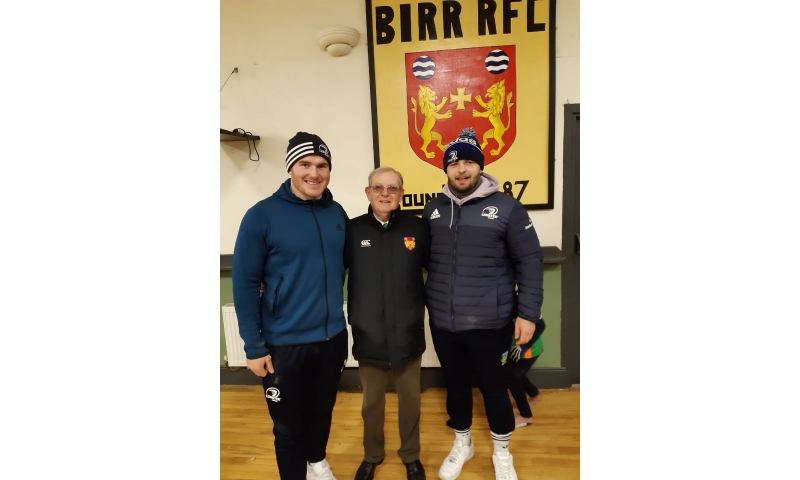 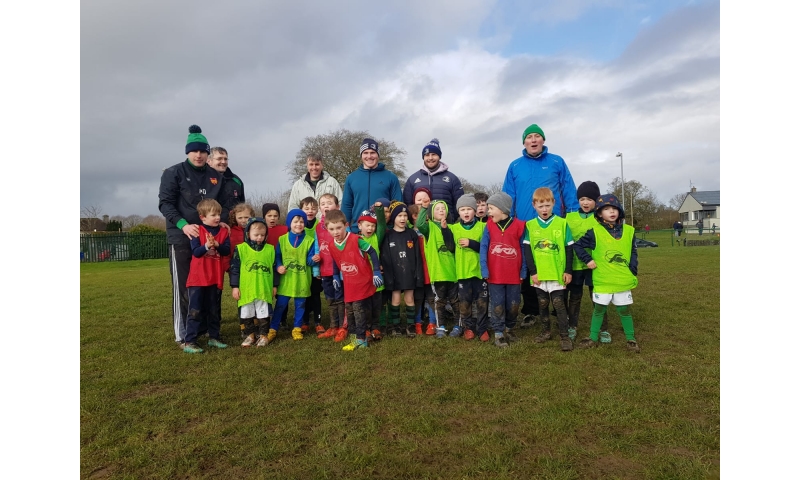 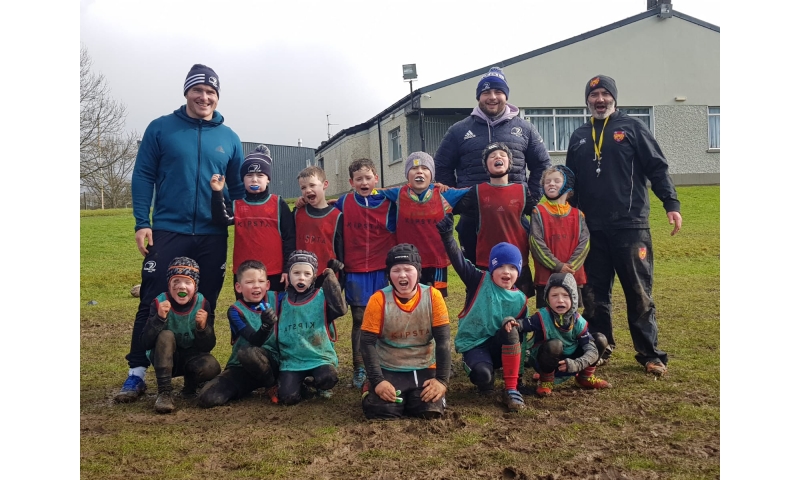 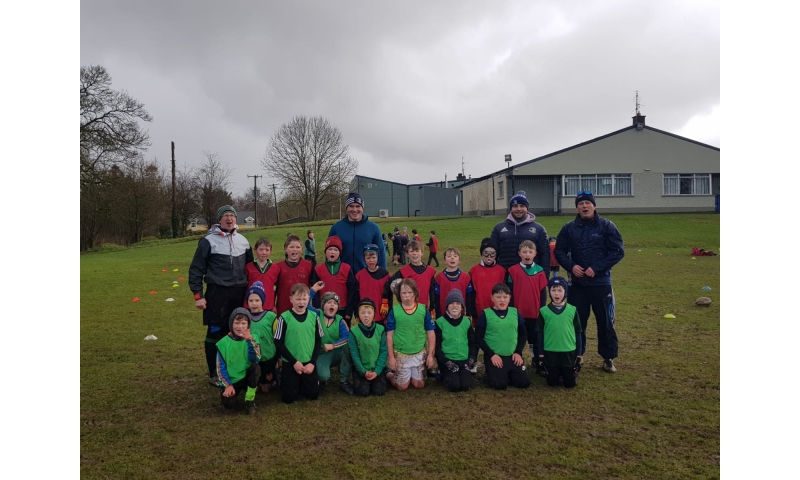 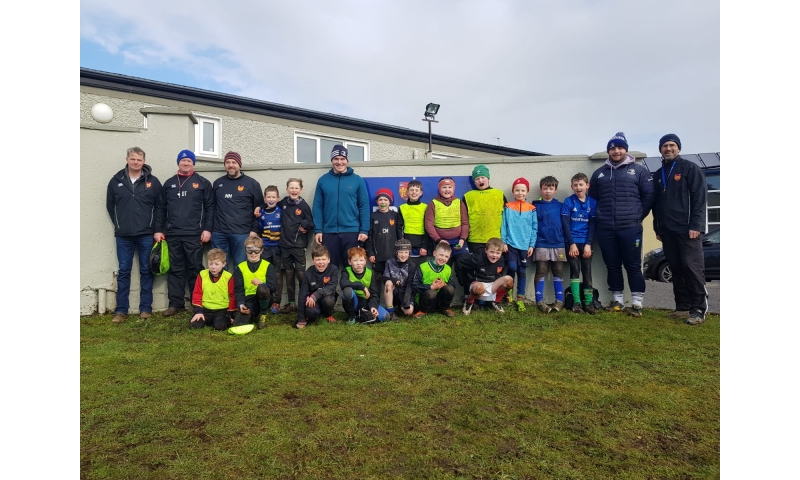 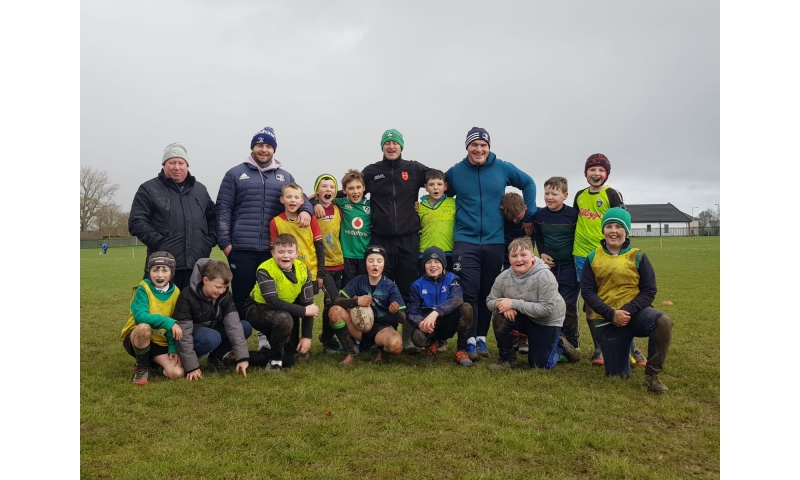 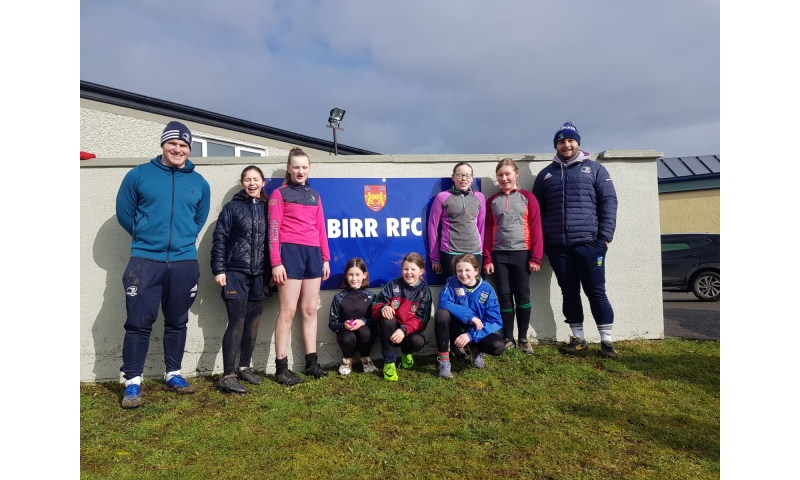 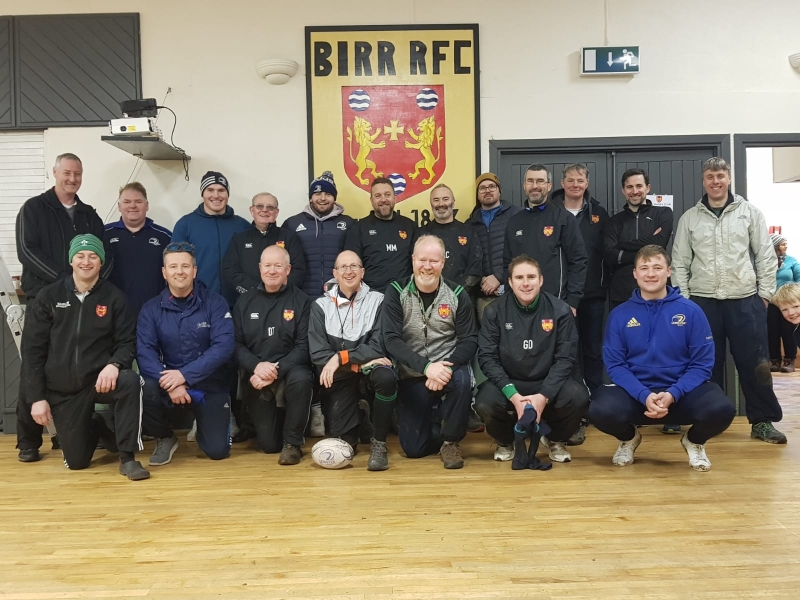 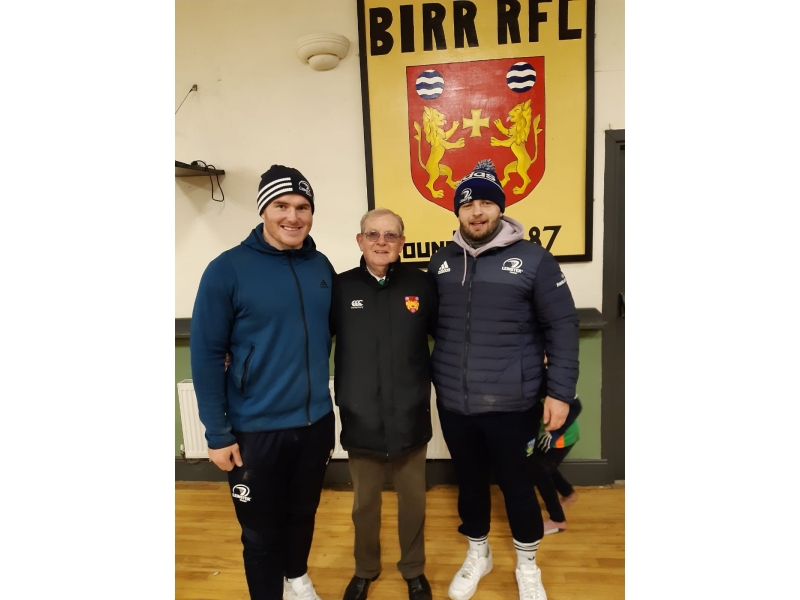 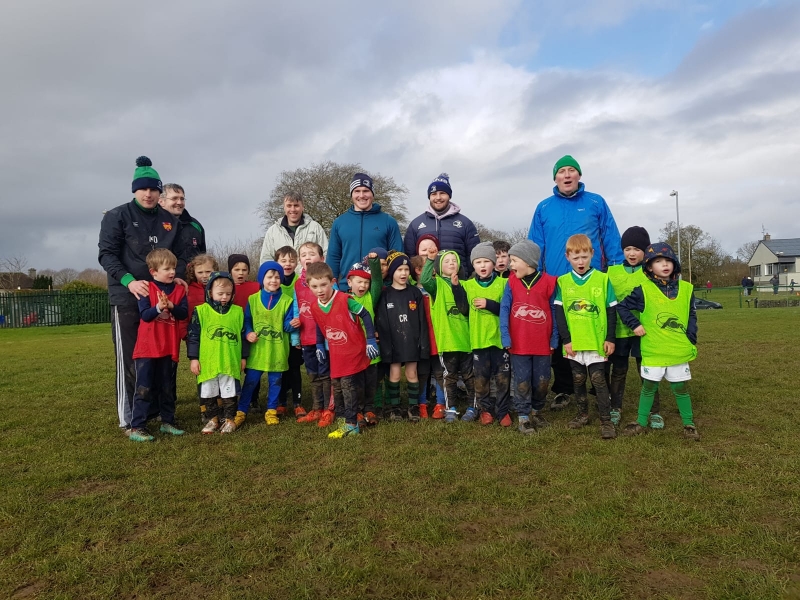 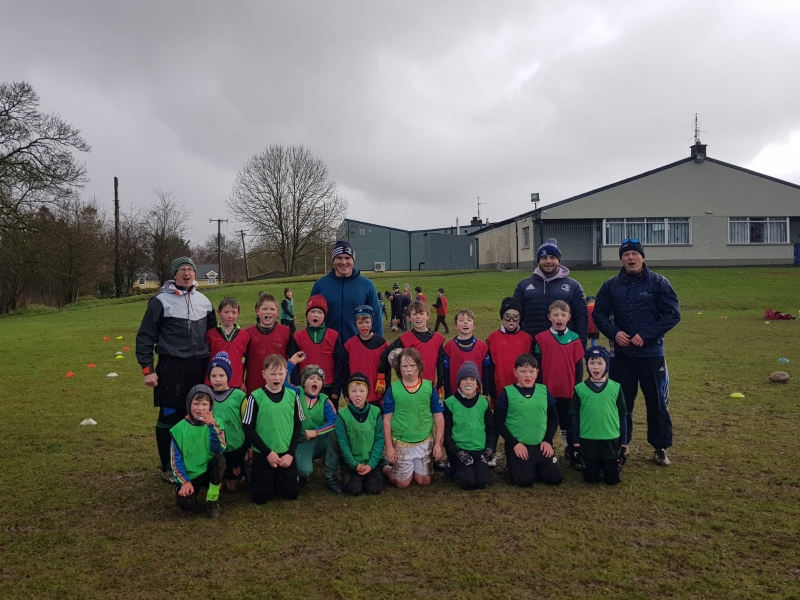 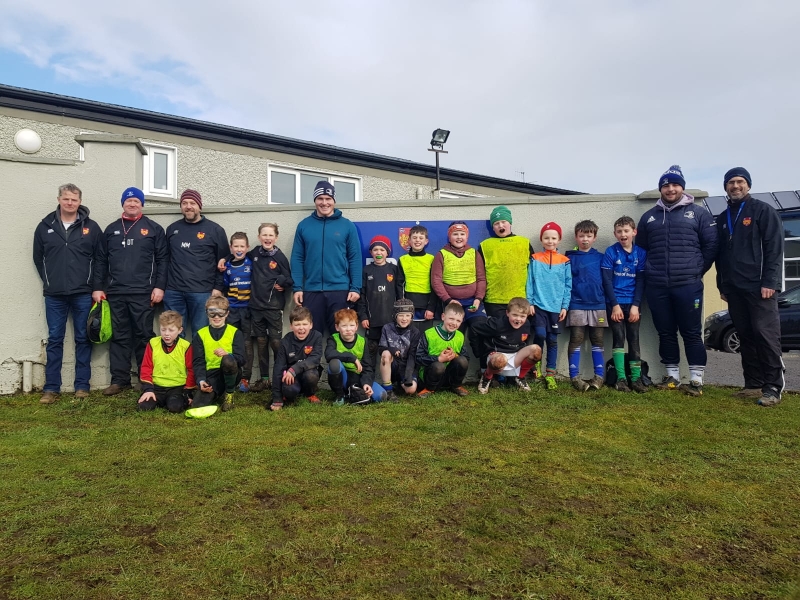 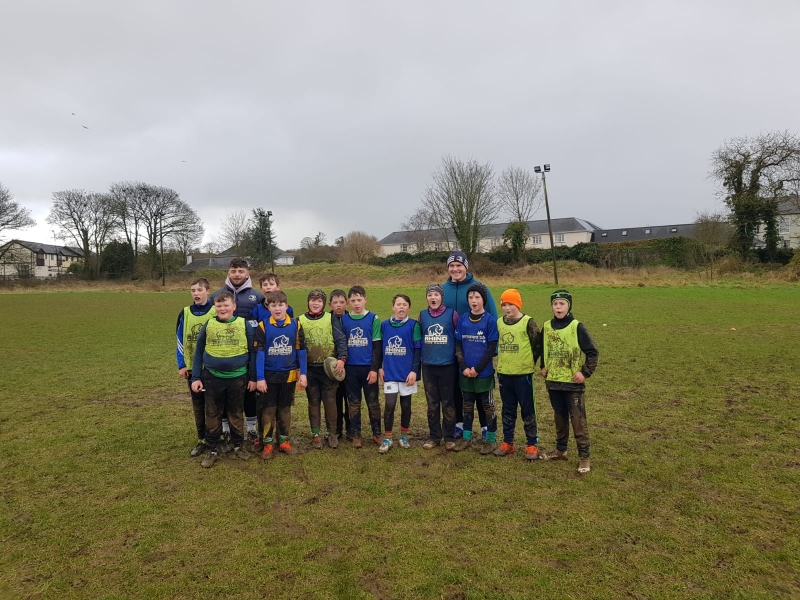