Having been knocked out of the cup competition in a match that went to extra time against Ashbourne RFC, who progressed to win the cup, Birr defeated Swords RFC at home and Dundalk RFC away to advance to the final of plate.

With ideal weather conditions on the night Birr started the game very strongly with a try from Jack Delahunt within the first 5 minutes of the game after he made a break down the wing. Gorey responded with a try of their own shortly after to make the score 5-7 to the Wexford team and what followed turned out to be a high-paced game of rugby. Having put in a good shift in the front row tight head prop Mick Madden was replaced by Mick O’Dywer who came onto the field revving to go.

With the forward carrying well around the ruck and sucking in numbers it wasn’t long before the ball was utilized by the back, who ran from within our own half, to put Darra Culbert in for Birr’s second try of the night. This was followed shortly by Mick O’Dywer powering over the line from a pass from the back of a ruck on the opposition line. Score Birr 19 – 7 Gorey. Just as Birr were looking dangerous Gorey scored an intercept try but again Birr responded with a try under the posts from there scrum half Shane Daly. Half time score was 26-14.

Gorey started the second half very strongly and pushed Birrs defensive line from the restart. Gorey on the attack, and not making a mistake, put Birr’s defense under considerable strain but after 15 minutes and many phases Gorey scored making the game very tight at 26-21.

Birr, not phased by Gorey closing the gap, hit back straight from the restart and put pressure on Gorey with a great chase from captain Eoin Gannon and second row Adam O’Riordan which ended in a turnover for the Birr men.  The ball soon ended up over the Gorey try line thanks to Jordan Drought who had been causing the Wexford team all sorts of problems on the wing bring the score tor 31-21.

With only 20 minutes to go out-half Conor O’Meara added a penalty followed shortly by try from winger Tim O’Conner to bring the final score to Birr 39 – 21 Gorey securing the Provincial Towns (J2) Plate for the second time since 2012.

It was a momentous team performance, but man of the match went to hooker Martin Lyons who put in a huge shift around the pitch as usual. It was a great way to end a successful year for Birr’s senior team and hopes are high for next season.

Thanks to Gorey for a great game of rugby and to all the supporters who traveled to watch our matches, helped with water, being touch judges, taking pictures etc during the season. Your support is greatly appreciated. 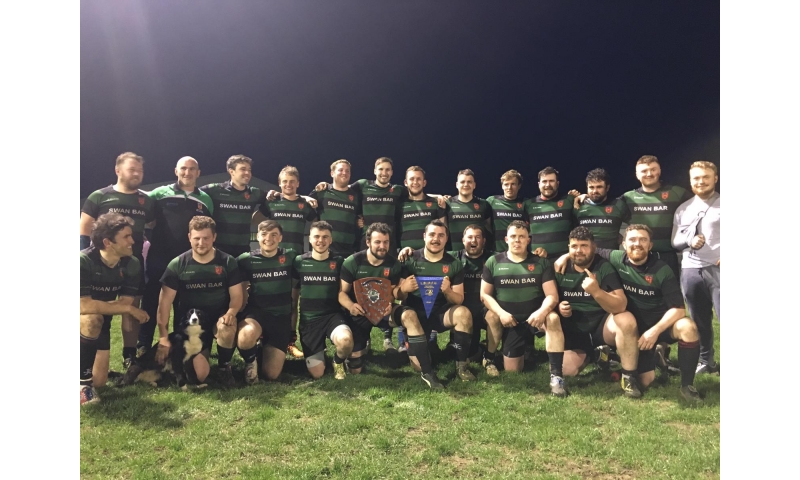