This weekend our senior men played there first Leinster League Division 2B home match of the season against Athy.

The first half kicked of with Athy receiving and straight away Birr where on the defense with Athy running the ball. Athy obviously came with a game plan as they made good ground popping the ball, once tackled, to support players.

Eventually Birr gained possession and worked there way up the field until Eoin Gannon broke through Athy's defense and scored the first try of the game.

The next period of play saw Birr make an impressive scramble defense with Alan Dodd and other Birr players making numerous tackles as the game progressed until eventually Athy knocked on the ball.

As the first half progress however Birr managed to score tries with both Conor O'Meara and Michael Keane scoring a try each. Michael's try in particular showed great awareness by the backs when they spotted an opportunity and moved the ball out onto the wing, before he stepped two defenders to run in a great try.

The start of second half saw Birr spend a lot of time in Athy's half of the pitch looking to get there fourth try and a bonus point in the game. While Birr's scrum had been stable and good in the first half the second half saw a serious improvement when it started dominating Athy's.

Off the back of a ruck Darra Culbert managed to find space down the center and showed his pace when he beat a number of Athy backs to touch the ball for Birr's fourth try of the game.

Athy now trailing 4 tries to 0 came fighting back however with two tries in short succession after catching Birr asleep at the restart.

As the half progressed Birr where making great ground down the wing by Darra Culbert, Philip Haslam, Brendan Heffernan and Noel Lane. Birr, working there way up the pitch, where attacking on Athy's 5 meter line when Conor O'Meara spotted a gap at the side of ruck and ran in to score Birr's 5th try of the day.

Athy, not done yet scored there 3rd try shortly after and proceeded to spend the remainder of the game looking for a fourth try to get at least a bonus point however the Birr defence kicked into gear and kept them out.

Some memorable moments where Mick O'Dwyer making two huge tackles and one great rip of the ball on our own 5 meter line before carrying the ball back through numerous Athy players before the game ended.

Man of the Match: Alan Dodd 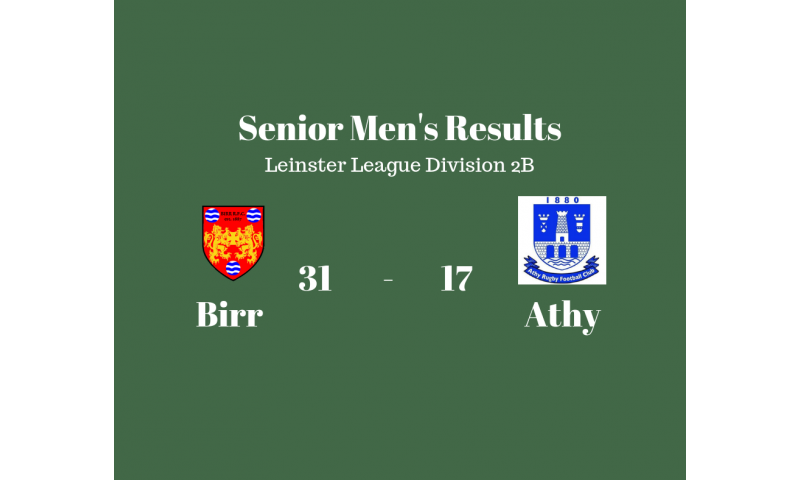 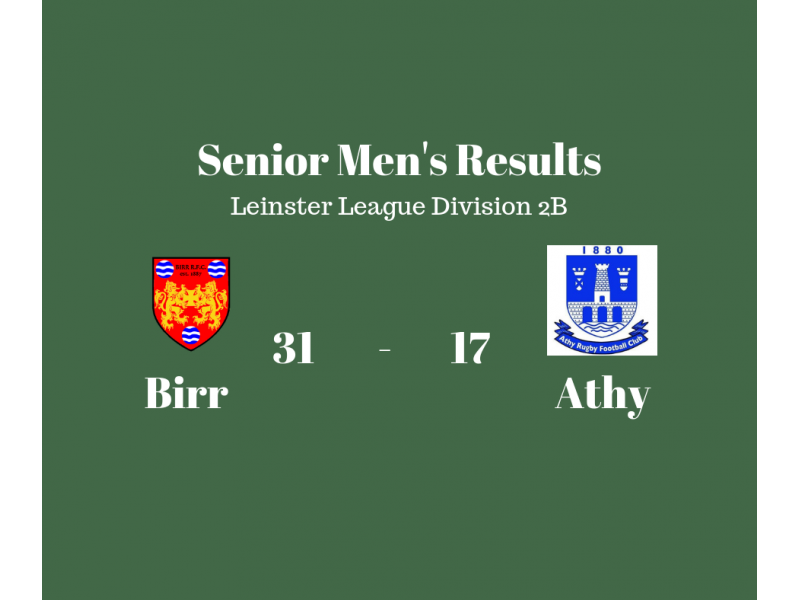