Honorary life member Diana Odlum gives an account of her time at Birr Rugby Club. Diana was a committee member of the club for 15 years from the mid 60’s to the late 70’s and fondly remembers her time at the club.

Diana’s brothers Bobby and Tommy played rugby in Birr during its revival in the 60’s and her involvement in the club stemmed from here. Wives, sisters and mothers of the players,were reached out to at the time for support both on and off the field. The club had no money and these women decided to form a committee for fundraising.

Diana along with Pansy Burns, Eva Corcoran, Phyllis Dooley, Antoinette Enright, Mary Glendenning and more, ran Jumble sales from houses collecting quality donated clothes and other items which were sold to raise funds for the club. They ran Coffee mornings in Conor Dooley’s house formerly the Central Hotel, bringing their baked goods which were a hit. Diana recalls Willie Hoare bringing beautiful fruitcakes to add to their lot. They also fundraised by organising teenage dances which were by invitation only and very popular at the time.

Diana was a passionate supporter on the side-line and she along with others, often turned up to matches with a plank of timber to stand on to keep the muck, wet and cold at bay. After matches she was involved in the catering with the other women. She often cooked two chickens before the game to feed the visiting team who were to be looked after along with a few Birr delegates. There was always plenty left for the home side who would reside in the old bar of Dooley’s hotel. Diana remembers a lovely gesture form a visiting Portlaiose side who gathered a  collection of money to show their gratitude for the women involved, which they in turn put into the club fund.

Matches were played at Moorpark behind the Applegreen shop, originally part of Fayles’ land, who lived where the county arms hotel is today. The rugby team also had access to the old dump field (now Scurragh pitch) with thanks to the efforts of Jimmy McNamara who was a member of the council at the time. Diana’s brother Tom was a member of the 1963 Midland League winning team. This win was celebrated at one of the annual dinner dances which took place on St Stephen’s day, as the Egan’s, owners of Dooleys hotel at the time, would be away for Christmas and leave the function room for the rugby club to wine and dine at a glamorous black-tie event. Diane and the other women involved would be presented with bouquets of flowers for their efforts throughout the year. Around 150 people would attend the celebration and the entertainment was mighty. One of the greatest characters was Anslem Enright, youngest brother of fellow committee member Eddie, he was a great man to sing and loved a party, there were lots of parties and he was a great showman, maybe he passed on some of the performance talent to Nephew Mundy.

In 1975 Diana, along with Paddy Marks and Eddie Enright Secured the 7.5 acre land now Ballyegan pitches, when they travelled to Dail Eireann to meet with Tom Fitzpatrick Ceann Comhairle of Dáil Éireann in the 80’s but Minister for lands at the time. They secured this land on the splitting up of Ballyegan estate where the club were donated the field and farmers in the locality acquired land also. This was a great achievement and thousands of players who have gone through the club as well as current players have benefited from the access to these pitches. One such player was Willie Burns whose international success Diana remarked on noting that there was great talent in the family with brothers Tom and Jimmy. 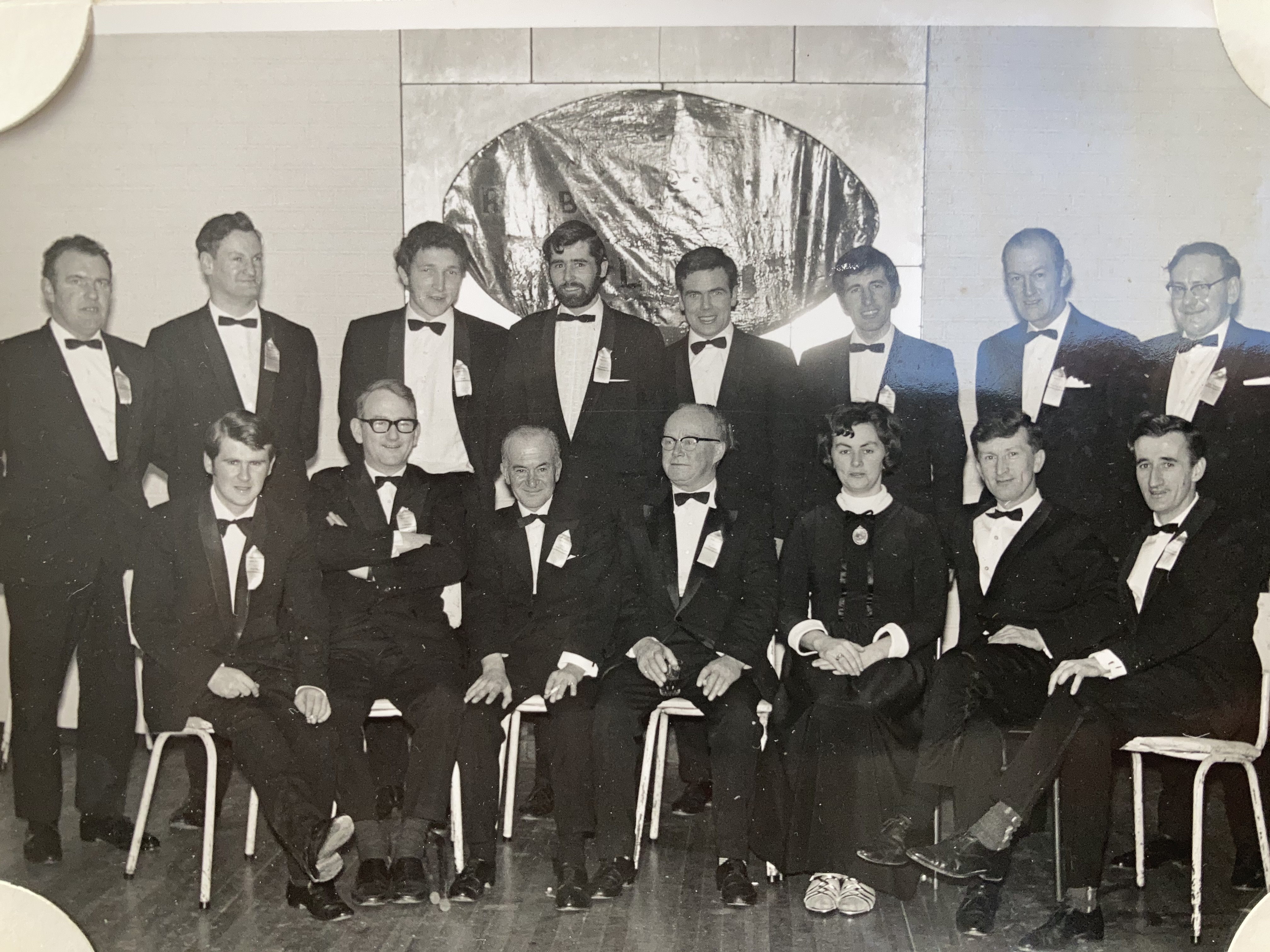